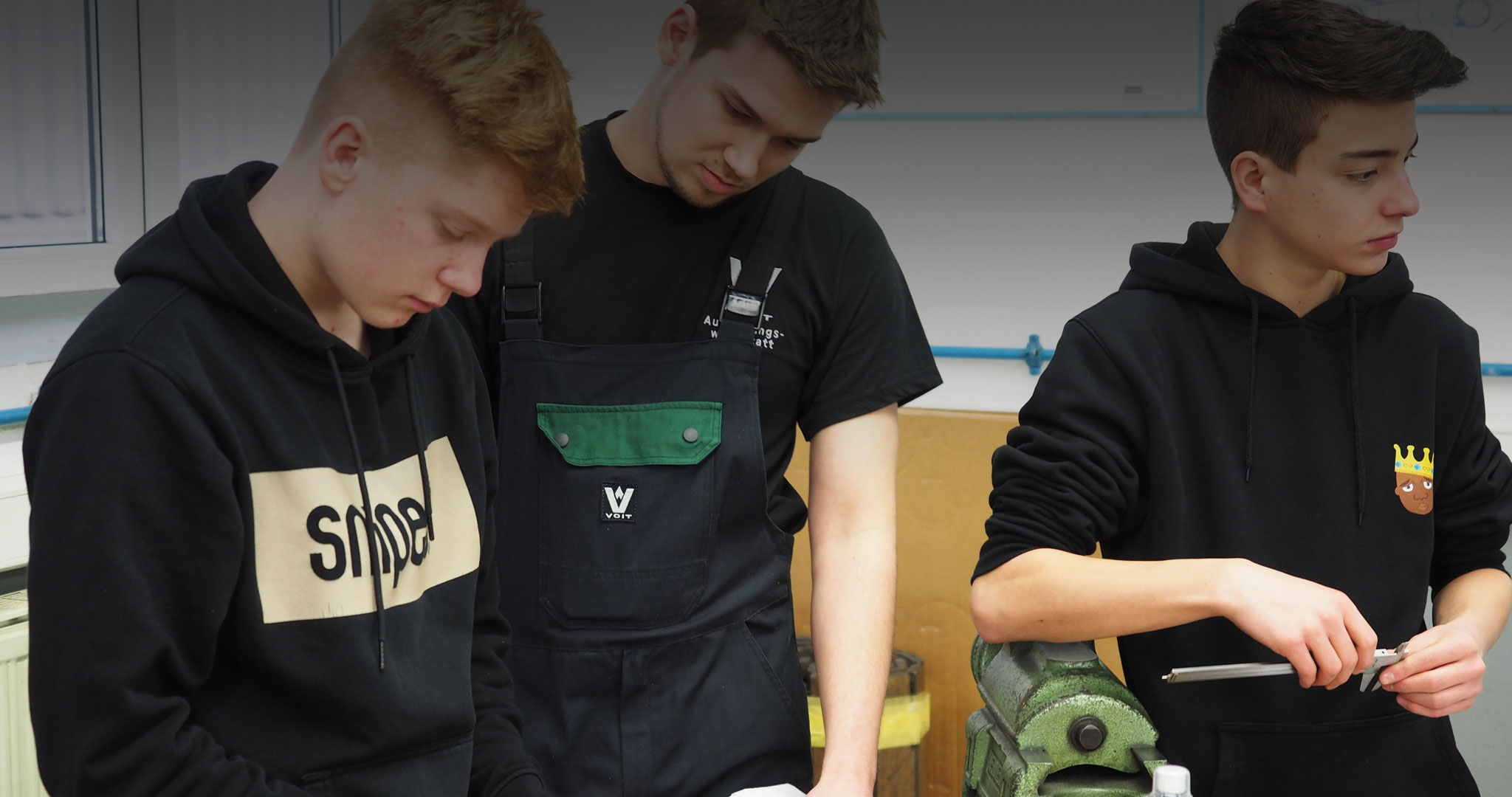 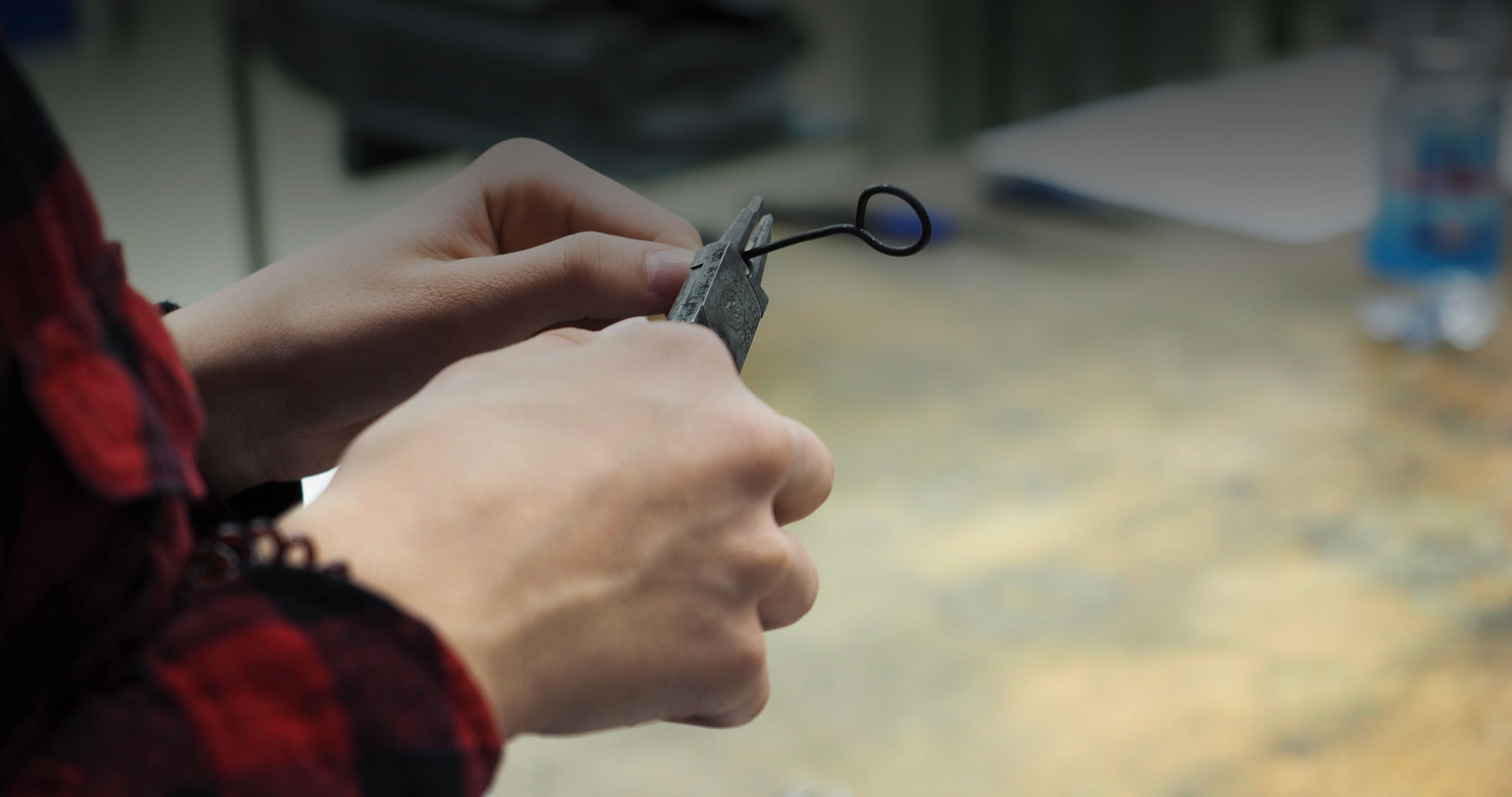 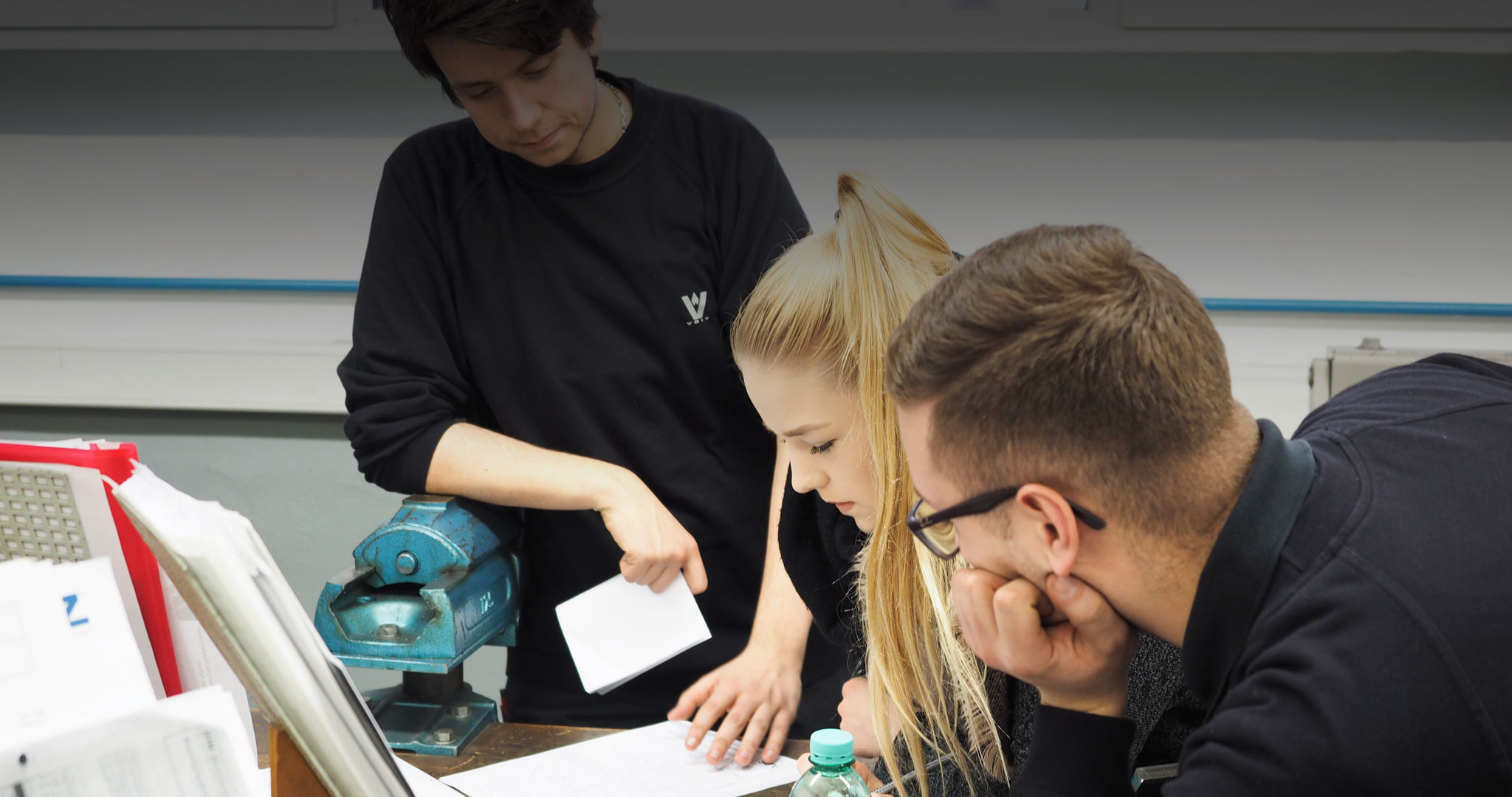 Together with the VOIT trainees, the pupils of the Albertus-Magnus-Realschule worked on musical instruments – linked to virtual aspects (tones or sounds), with which a piece of music was practiced together. The project was divided into two groups. One group in cooperation with the VOIT apprentices was busy using the stairs in the staircase of the AMR as a piano, while the other group built instruments from various objects such as Lego or homemade small paper pianos.

The trainees Mirco Schaum, Thomas Dörr, and Luckas Rau proved to be extremely competent, helpful, polite, enthusiastic and reliable. The enthusiasm showed that you enjoyed working on the project very much. They were also able to pass this on to the pupils and thus made a good contribution to their identification with the school.

To the picture gallery

The objective of the school Albertus-Magnus-Realschule is to guarantee school pupils a sound school education to allow them a successful start in their occupation or in further education.

In order to optimally prepare them for their careers, a cooperation with VOIT Automotive was actively entered into. VOIT offers an insight into the working world especially for pupils in the ninth and tenth grade at Albertus-Magnus-Realschule as part of a two-day event, the so-called “Workshop days”.

During these days, the pupils get to know VOIT and receive tips for job interviews and have the opportunity to familiarize themselves with the particular field of work in practical work phases.

As a result of this cooperation, numerous contracts for internships and training have been concluded with the school pupils.

On Tuesday, 02.12.2014, our trainer Jörg Walzer together with some of our trainees handed over some screws, brackets and additional metal parts to the Albertus-Magnus-Realschule.

There, the school’s director, Thomas Bonerz had had the idea some time earlier, to build suitable wooden horses with the pupils. Inspired by a wooden horse he had ordered for his daughter, a small prototype was produced to minimize some of the weak points discovered in the purchased item. At that time, there was no idea about turning this into a large-scale project.

During a visit by Jörg Walzer to the partner school, he noticed this item and, immediately, the idea was born that they could work together in planning and making wooden horses.

One of our trainees then drew up precise plans based on the requirements in sketch plans. These were then used to place an order for the first parts for a large horse. In the spring of 2014, the first large prototype was created. Inspection by the German technical monitoring agency TÜV found everything to be entirely satisfactory.

VOIT was so enthusiastic about the result that we spontaneously declared our willingness to procure the metal parts for a further 30 horses.

Since the project had meanwhile found additional sponsors, the support association of the Albertus-Magnus-Realschule was able to record the first incoming donations.

Of the calculated costs of almost 14,000 euros, the deficit could be reduced to 4,500 euros through donations and endowments. The search for further sponsors is on but has turned out to be rather difficult. For this reason, the school’s director Herr Bonerz is asking for further help so that this project can help those most important people – our children.

Note: The school pupils, parents and teachers of the Albertus-Magnus-Realschule want to build the 30 wooden horses themselves and design them artistically. 17 of these horses will then be given to childcare centers in and around St. Ingbert free of charge and the other 13 will be auctioned and the proceeds will go to social projects. 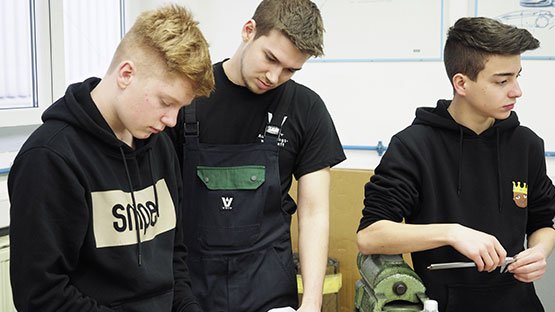 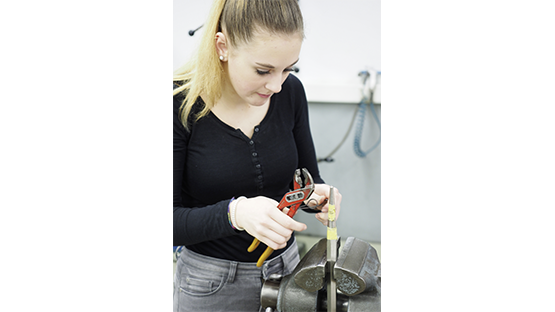 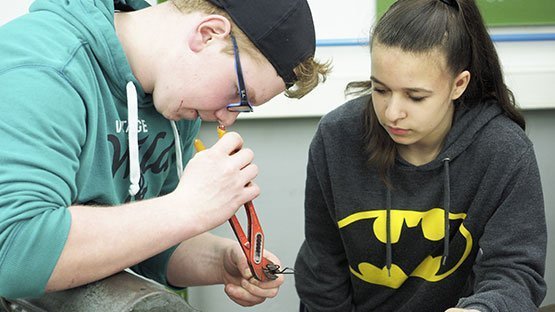 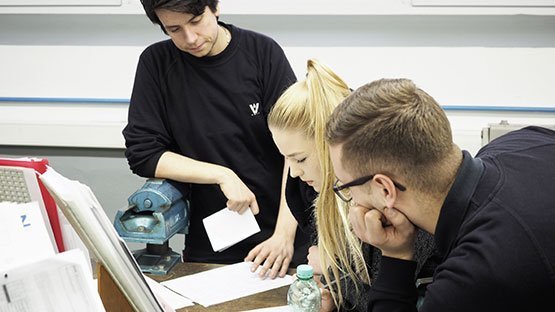 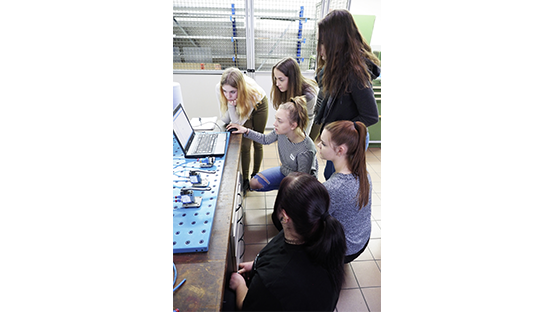 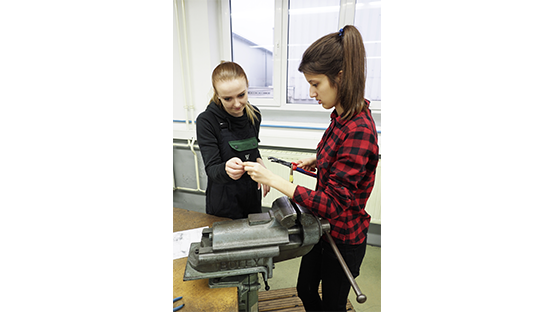 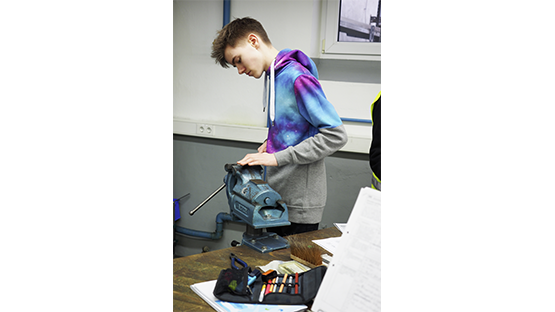 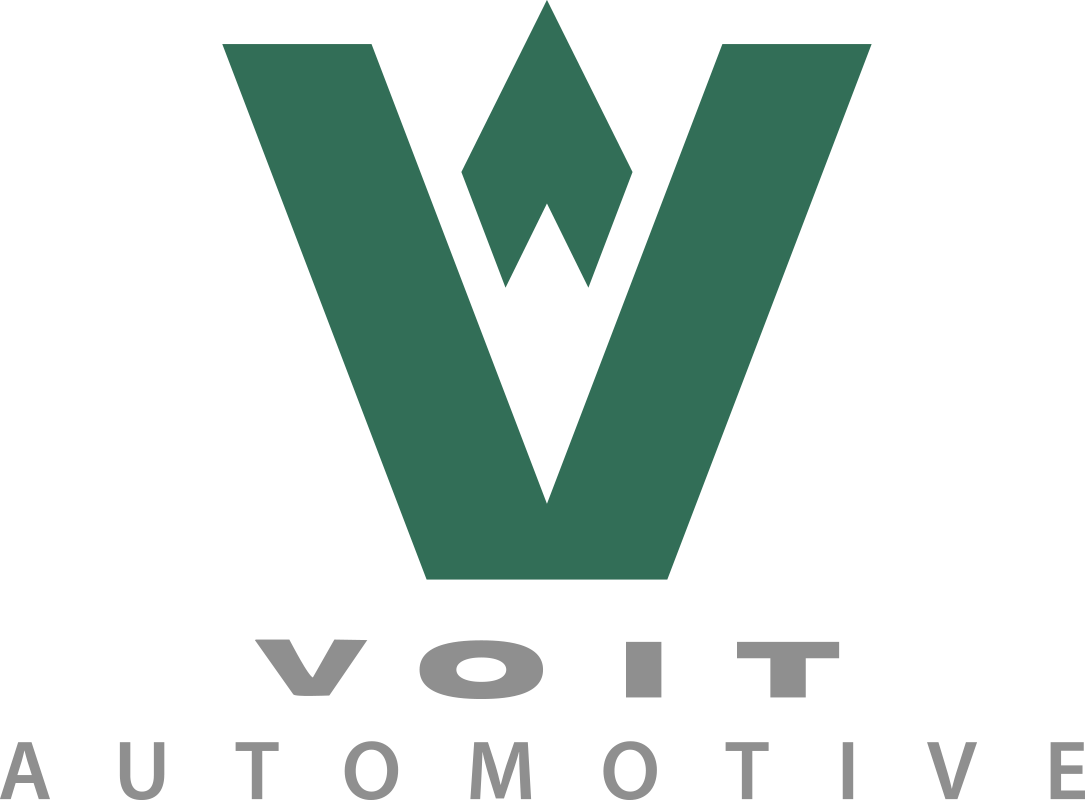 Manage Cookie Consent
You are in Control of your Data

In order to provide you with the best experience, we use technologies such as cookies to collect personal information for various purposes. If you consent to these technologies, we may process data such as browsing behavior or unique IDs on this website. If you do not give or withdraw your consent, certain features and functions may be affected.

By clicking "Accept," you give your consent for all of these purposes. You can also decide which purposes you consent to by clicking the slider next to the purpose under "View settings" and clicking "Save settings".

You can withdraw your consent at any time by clicking on the button at the bottom right of the web page. Clicking the link will provide you with more information about how we use cookies and other technologies.
Manage options Manage services Manage vendors Read more about these purposes
View Settings
{title} {title} {title}